Migrate from REST API to RESTCONF

When ConfD was released there was no standard mapping of YANG data models to REST techniques. So, based on customer demand, we invented and implemented a REST API for ConfD. Since its release in 2012, it has helped users map YANG data models to a REST API while allowing for comments and feedback on how to improve the REST API over the years.

This application note covers, at a high level, what the legacy REST and RESTCONF APIs are and what's different between the two APIs. It also includes a discussion on how to migrate usage from the legacy REST API to RESTCONF. 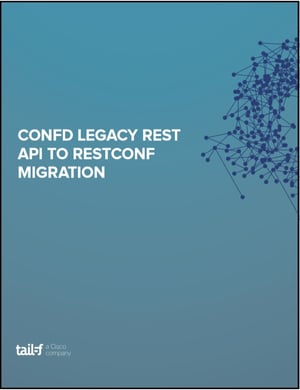