Use YANG Push to Automate Telemetry

With the increased use of automation and the emergence of concepts such as Intent Based Networking (IBN), systems need to collect more operational data than ever before. Traditionally, this gathering of information has been done by a pull model from central locations in the network by requesting the information from the devices periodically. These traditional pull methods can introduce challenges, including requests being lost or delayed, increased network overhead, or the data being pulled is incomplete or not accurate.

The IETF recognized that a more efficient way of gathering information needed to be devised. In particular, having a subscription mechanism that allows a collector to specify the information it wants to collect and the frequency at which the information should be delivered (periodic or on-change). This allows the network device to push the data rather than have the collector pull the data. After much work, the NETCONF Working Group has delivered a set of RFCs which are collectively referred to as "YANG Push".

Download this application note learn the basics of YANG Push, how it is configured, and how it is implemented as of the ConfD 7.5 release. 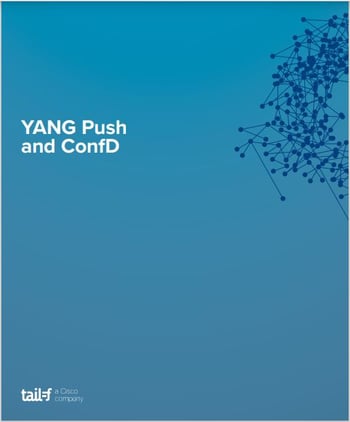